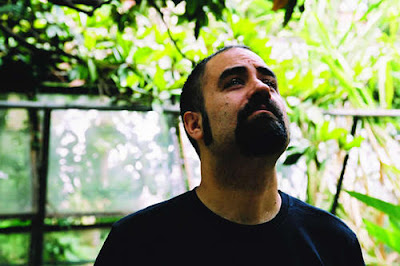 In early December, Fernando Corona (aka Murcof) will come to Brazil to perform at the Festival Novas Frequências at Rio de Janeiro (with support of FACT Magazine PT). We believe It is a timely occasion to interview this important artist of today’s experimental electronic scene.

Corona reveals a thinker as rich and direct as his music. He built a castel of ideas, giving names dates, places, perceptions accurately, while explains, earnestly, the various aspects of his work and musical conception. Perhaps this is why those who seek the integrity of sounds and genres on Murcof albuns, face serious problems: they do not provide a foothold to ensure the Corona's work in one genre. It is a hybrid music, austere, but expressive and malleable.

These characteristics justify such an enormous interest in the work of this Mexican, born 41 years ago in Tijuana, and a Barcelona resident for five years. A glance over his discography confirms the strong interest in classical music, and much more: minimalism, glitch, contemporary music, Mexican Huichol music, etc.. In fact, Murcof compositions indicates a coexistence of many genres, but can also be enrolled in what we can call as a "post-colonial" music.

La Sangre Iluminada, 2009’s soundtrack for the film directed by Iván Ávila, was recently re-released by french label Rafina. This was his latest work, but the mark left by Murcof remains through a plurality of projects, such as that presented in Braga, Portugal (at Festival Semibreve), along with AntiVJ. In addition to the labels that separate the language of the so-called “first world” from the “colonial world”, the music of Murcof is articulated, lively and above all contemporary. There follows the conversation we had with the artist.

Fernando, in your wide discography, we can hear elements of Modern Classical, electronic, electroacoustic, Arvo Pärt, etc. At last, where does your music come from?
I was very influenced by modern academic music indeed. I remember clearly when i first listened to Xenakis and Ligeti, it was the "Oresteia" and "Lux Aeterna", respectively. These works changed me forever, then I went on to discover composers like Scelsi, Gubaidulina, Schnittke, Berio, Penderecki, etc and later Arvo Pärt, Kancheli, Górecki, Silvestrov, etc. This was a very exciting time for me, all the while I was experimenting with different styles of music myself, from rock and jazz styles to ambient and noise. Nowadays I just keep an ear open wherever I go, interesting sounds are everywhere.

Which are your main influences? I've heard that you've grown up between classical records and Beatles. Do you think that your music reflects the indistinction of both universes, popular and classical?
Music is a great medium to excersise utopic visions of harmonic existence between apparent distant or opposite worlds and situations, classical and popular, eastern and western, tonal and atonal, etc. The air that carries sound "doesn't care" if it's a Chopin sonata or the sound of a herd of buffalos running. I try to follow this example by not caring too much about the source of the sound but the sound itslef and what it says to me, of course different sounds have different meanings and we always try to trace a sound to it's sourc. And it is quite exciting to play with this, for example: the sound of a violin heavily processed that still retains a bit of it's original characteristics, it vaguely hints it came from a violin, but something happened to it along the way, it is different now, it has evolved to an independent sound, new and unique.

What about the mexican music? How does it influences you?
There are some very important influences. Jorge Reyes and Antonio Zepeda are the first that come to mind, also the music of the Huichol people, specially their singing which is very beautiful. The local rock and electronic scene from Tijuana and other parts of México was a very important influence as well, labels such as mandorla, static discos, sound sister, etc, and the Nortec Collective as well, specially the early works (Corona was Terrestre until 2004).

Can you tell us about your discography? I think that your records are pretty different one from another. So I ask you to compare them, or at least Martes, Utopia, Remembranza and Cosmos.
Sure, each one is linked to a very particular situation in my life. Coming from working with the Nortec Collective which was more club and dance oriented, so Martes came out of the necessity of exploring the more contemplative side of music. At the time I was very influenced by minimal techno and tech house on the electronic side, and composers such as Morton Feldman and Kancheli, also during the compositional process my wife was pregnant with our son Oliver, who was born right after Martes was released.

Utopia came as a result of the success of Martes, it was a self indulgent record. To have artists that I admire remixi my music was quite exciting and motivating, also took the opportunity to explore further the same aesthetic ideas that I began to explore on Martes, by including 4 new tracks on more or less the same vein but a bit less conventionally structured.

Remembranza was made during my mothers illness until her death, so it's like a diary of those difficult days. It was released right after we moved to Barcelona as well so many changes took place around that album, which was around late 2004 to mid 2005.

And Cosmos is about questioning the basics of life, it represents an effort to look at the bigger picture, I started it right after we moved to Barcelona and although there are tracks like "Cielo" and "Cometa" that are reminiscent of Martes. This album focuses more on the space between sounds, it emphasizes silence, and explores the more textural aspects of sound but without drifting too far from conventional harmony and melody.

How is your composition process? From the technical experimentation – both with electronic gadgets and instruments prepared, or operating a sound idea?
I work directly with the sound, i hardly use midi, so I use a lot of plugins and dsp's. My main tool is Steinberg Cubase, I do everything there except or for mastering. I start by importing a one or two sounds or loops that sound interesting, they can be field or studio recordings ranging from wind to piano sounds and everything in between, I assign a loop around this sound and begin inserting effects on it until I find something interesting, then move to the next channel, instert a new sound that complements the previous one and so forth until the track is finished.

Please, tell us a little about the Nortec influences in your work.
It was a very important school on everything related to music, from the creative process to the business side of it.

And what about your last work, La Sangre Iluminada? What is the difference to compose for a film?
Huge difference, with film is the image that runs the show, so there is this external element that guides the compositional process, as opposed to when I make music alone it's the sounds themselves that guide. But with this film in particular it was a real pleasure to work on it, Iván Ávila is a very generous and open director, and the film itself was very inspiring.

As this will be your first concert in Brazil, I'd like to know what do you expect from Rio's audience. And also if you usually listen to brazilian music.
I don't have any idea what the Brazilian audience will be like and no expectations, but I'm very excited to find out, very happy i'm staying a few extra days as well. As for Brazilian music, I know very little, i remember my infancy was filled with all the bossanova classics, later I discovered composers like Villa-Lobos and then the troplicalist movement, but that's about it.

What about your next projects?
I'm currently working with several projects besides the one with Antivj. Another audiovisual collaboration that is ongoing is with Italian artist Saul Saguatti, with whom I've been working for a few years now, we are currently presenting the Versailles Sessions together with his live painting technique.

The Wixarika Project is a commission from the Grenoble festival in France, it's a project that I'm developing together with my good friend and musician from Tijuana Edgar Amor, it's inspired on traditional Huichol music from the Wixarika people of central Mexico, for this we are working with two Huichol musicians which is a real privilege, they are Jose Luis (who is a Mara'akame, or traditional healer/singer) and Enrique Ramirez, his son, we had a recording session with them in Tijuana last year and based the compositions from this recordings, next year they will accompany us on stage for the Detours de Babel and other festivals in France, Erik Truffaz and Dominique Mahut are also on board with us, so it's quite a mix of musical worlds.

Another project, which is still in it's developing stage, is with French pianist Vannessa Wagner, with whom I'm working on reinterpretations of classical piano music, from Satie to Arvo Pärt.

With Francesco Tristano as well, we have an on an off collaboration that has been going on for around 4 years now, live piano and electronics improvisation mainly. 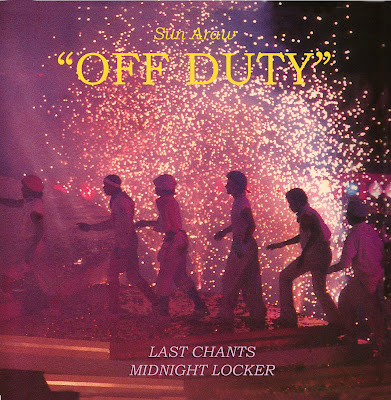 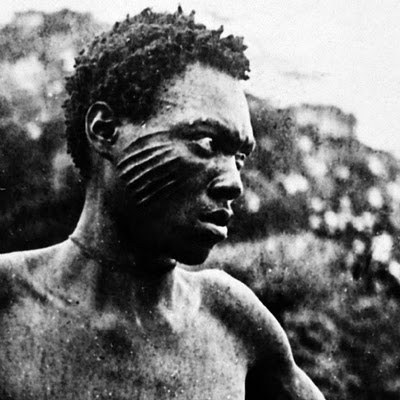